The Charity continues to operate with no administration costs.  We have no employees, and all of the work is done by the Trustees, who also cover any incidental expenses incurred.

As a small management group, we are able to continue to provide a fast response to application requests, which we consider to be particularly important, as time is a key factor in cases involving either degenerative or life limiting conditions.

We formed the Charity in November 2003 with three Trustees, and in 2007 we were joined by Dr Janine Barnes.  Having sadly lost Martyn Morgan in December 2015, we appointed Lewis Barnes as our new fourth Trustee on 02.04.16.


Our current Trustee details are:

Christopher Westwood MBE              Chairman of Trustees and Founder
(Also a Trustee of the Anthony & Gwendoline Wylde Memorial Charity reg, no. 700239). 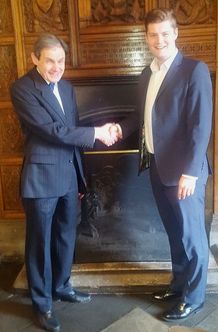 After the sad loss of Martyn Morgan the Trustees decided to follow a strategy of remaining as a small group, ideal for a fast response to requests for help,  and with a wide range of age and experience to help to secure the long term future of the Charity.  With that in mind the Trustees invited Lewis Barnes to join them.


Chris said " The appointment of Lewis will once again give us four Trustees, and strengthen the range of skills and viewpoints that the group has.  We sincerely hope that this will be a long term association, as with recent sad loss Martyn, we would like to look forward to a period of stability, where we can concentrate on the growth of the activities of the Charity.  Particularly, our target now is to try to increase our stable sources of income to ensure we can continue to respond to all the requests we receive that are in accordance with our grant criteria, both this year and in the future."  (April 2016).

One of our Trustees - Dr Janine Barnes - was nominated for an MBE in the 2019 New Year's Honours List, and received the award from Prince William, at Buckingham Palace, on the 2nd May.  The award was in recognition of her work in the area of Parkinson's and for Services to Pharmacy, and we are very proud that she is one of our Trustees.

The photograph below was taken in front of the Palace, after the ceremony, and shows three of the Trustees: 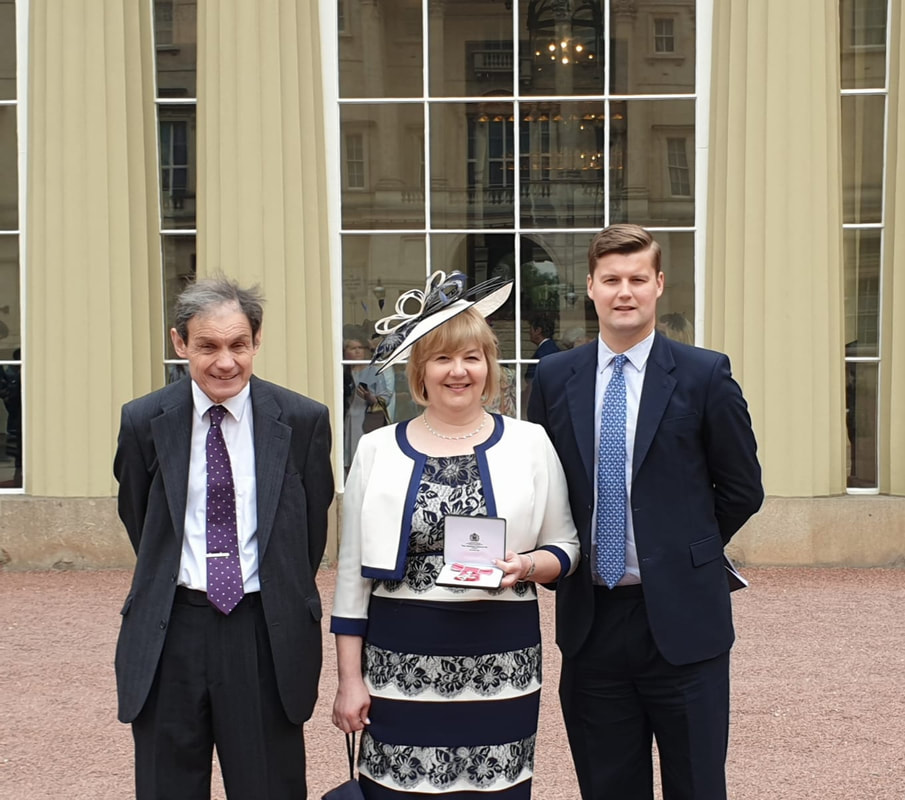 The photograph below was taken at a Meeting of Trustees in October 2015, and includes Martyn Morgan.  He provided great help and expertise both in the formation of the Charity and it's development, and the Chairman has included a short note in Memory of Martyn below: 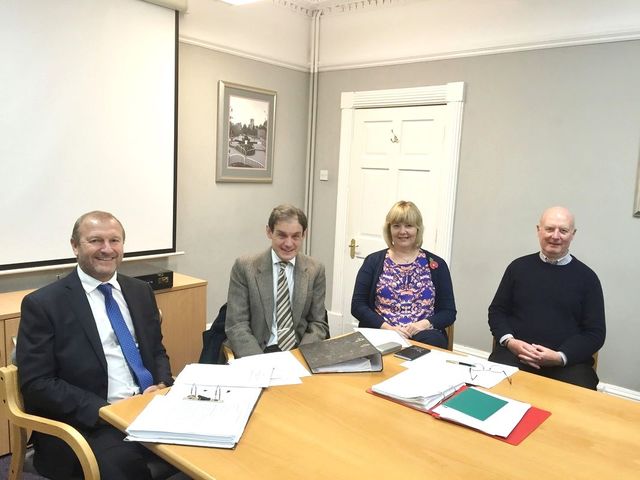 "We originally commenced operations as a group of three trustees, Martyn, Graham, and myself, and Janine later joined us in 2007.  Martyn worked tirelessly for us, and was always a great help with fundraising, and organising events.  2015 has been another record year for us, as we again grew rapidly, during which Martyn helped greatly with fundraising events, often committing significant Talbots' resources to a project..

The Charity will miss him very much, and I shall miss him as a personal friend.  He was very committed to what we were doing, and he provided tremendous help every year, with his enthusiasm and support.  He contributed significantly to our growth in 2015, and as a mark of our respect, and of our appreciation, we shall retain this photograph on the website for the time being, to remember the work that he did."

Charity Commission Registration No. 1101230
Site Map:  You may access the next page that you wish to visit by clicking on the title below, or by returning to the Main Menu (Top Left of the page)